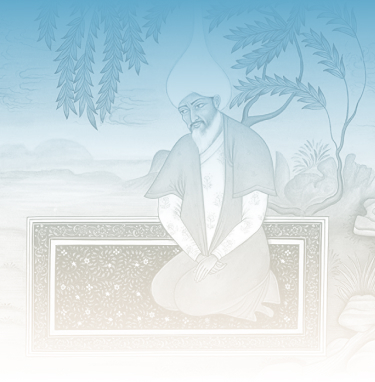 The Daily Wird is to be carried out twice a day: once after Fajr, and once after Maghrib or Isha. This is an essential element of the Tariqah and must not be missed regardless of where you are (including when travelling). It is binding on you for the rest of your life and is the key to the door of many spiritual openings inshAllah.

The Weekly Awrad is to be carried out once a week – although the best time to do it is Thursday night, it can be done at any time that is possible for you.

This is a long piece to be read (you should have it in its own separate document), involving sending salawat on the Prophet (peace be upon him and his family), calling on Allah by the 99 beautiful names, and various du’a. It is to be recited once in entirety, from beginning to end – note that some portions require repetition. Observe the Adab of Thikr, just as you do for the Daily Wird (see ‘Adab of Thikr,’ page 17).

There are also some Qasaids (Praises) – Muhamadiyya and Mudariyya – which may be recited afterwards in honour of the Prophet (Sallallahu alayhi wa aalihi wa sallam). The recitation of these Qasaids is optional. You can find these Qasaids in the Resources section.

Over time scholars have developed techniques to help Muslims maintain an authentic practicing of Islam, and while some of these techniques were not around at the time of the Prophet (Sallallahu alayhi wa aalihi wa sallam) they have arisen out of necessity. In the effort to preserve Islamic traditions and practices, and correctly implement them in our day and age, such techniques have been developed in all fields of Islam, Iman, and Ihsan.

For example, the science of grammar (‘Nahw’) was not known or taught at the time of the Prophet (Sallallahu alayhi wa aalihi wa sallam), but as time progressed it became clear that something was needed to ensure that future generations of Muslims recited and understood the Qur’an correctly. As a result of this need, the science of grammar was developed as a method of preserving and transmitting this knowledge.

Similarly, methods have been developed in the field of Ihsan, the goal being to help Muslims orient their hearts and minds towards Allah just as the earliest Muslims did. Establishing such techniques has been a means of preserving the correct approach to Thikr and other spiritual practices, and preventing Muslims from going astray in this area. Due to the fact that Ihsan deals with the realm of spirituality and souls, many of these methods do not have tangible evidence per se. At the time of the Prophet (Sallallahu alayhi wa aalihi wa sallam), the Sahaba were overwhelmed by his Nur. They gravitated to his spirituality and presence. Without the physical presence of the Prophet (Sallallahu alayhi wa aalihi wa sallam), later generations have striven to maintain that connection. The spiritual path has been well-travelled and well-documented by the Shayukh throughout Islamic history, and their methods have been deemed useful in helping Muslims remain on the straight path to Allah.

Any techniques or practices that violate the Shariah would not be acceptable, regardless of how well-intentioned or what banner they are practiced under (e.g. Sunni, Sufi, Salafi…).